You can tell when a blogger's been busy. And nuthin' keeps me busier. See her in red at center right on her chaise. 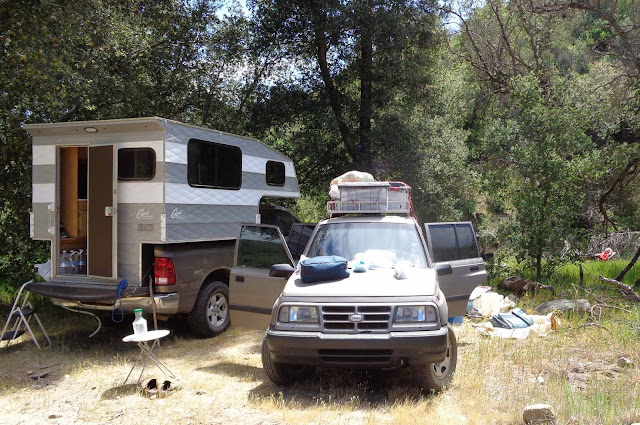 That's Lopez Lake in the swale. 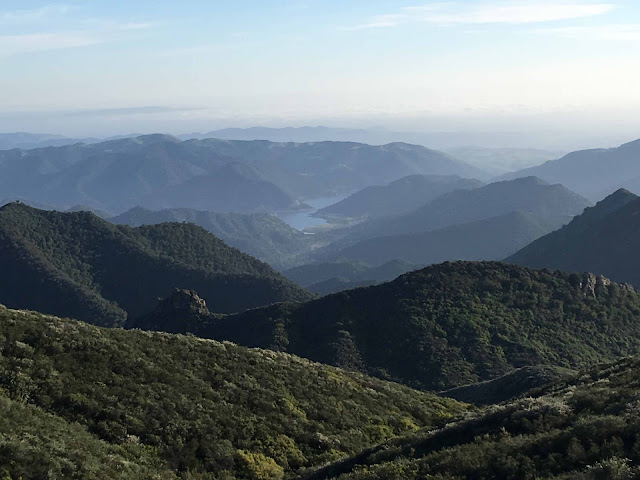 Beware the poison oak. It's been over a month and I'm STILL scratching my arms.

One sort of expects it with acid...the dissolution of comparatives...dissolving into oneness. I think I'm overdue for a dose.

I'd heard much about the beauty of the Kern River Valley. Also of bumper-to-bumper speed-demons hell-bent to get to the *next* event.

I was fortunate to discover a track up onto a beneficent hump of a hill where I made camp in the road. It was mid-April, traffic was light; no one came by.

The light played across the landscape, acrost the mountain's shoulders and o'er the verdance of its neighbors lying gently beside it. I thought of The Salmon River in Idaho, and The Rhine. To be sure, this rivulet has its own prettiness, but it pales beside nobility. I was, after all, raised in a Mercedes. 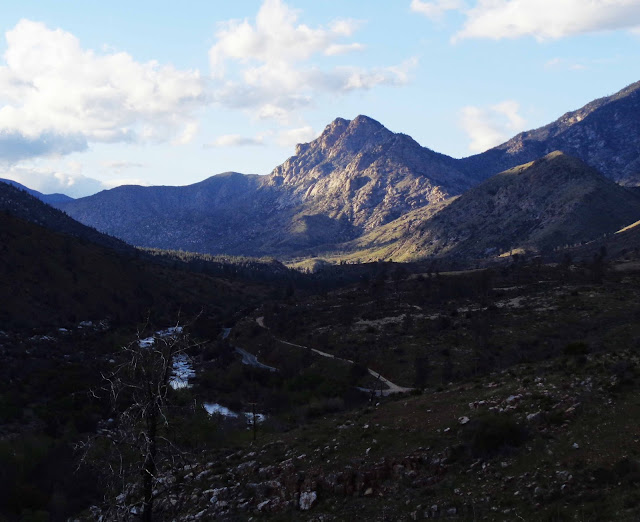 There's a pall of domesticity. The twitter of a bird does naught but lend to the air of a wasteland; one can imagine the trout on their ATVs, swilling Bud Light, getting fatter; safe for those who prefer "no surprises."

I paid homage to how my (vast) experience can cast a sepia tone over the now. Recognizing the immediacy lends itself to satisfaction, but it's hard to ignore the feeling that the choreography is proscribed. It's a husk; no animism and little numinosity. A sucrulosic anemia that'd appeal to fans of Thomas Kincaide. (FREE GIFT WITH PURCHASE!!)

About halfway between Wickenburg and interstate 40 (up north) on highway 93, the Tres Alamos Wilderness beckoned. It's classic Mojave Desert. Beautiful in its starkness, especially when everything is celebrating Spring. 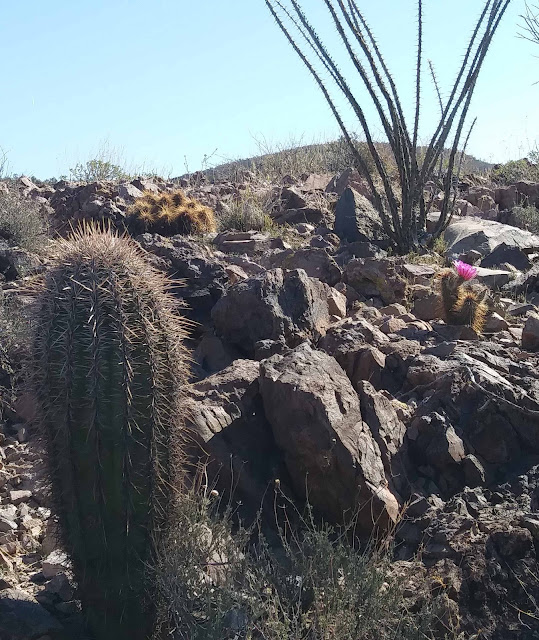 Has anyone ever captured the incredible lustre?!! 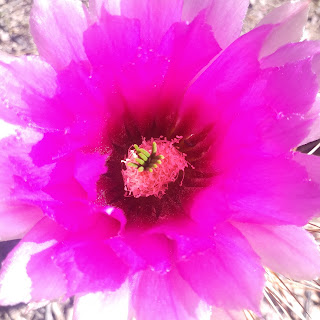 By mutual agreement, Yvonne and I cancelled our meetup.

Maybe it's cuz I'm now the olde guy at the head of the group holding it up. Or maybe there're just more people out here. According to Technomadia it's the latter, but I'm finding it increasingly difficult to find places where I can piddle my way along without feeling like I'm to blame for everyone being late.

So with that in mind, all I'm gonna say is Arizona's the place to be at the moment. The cacti and creosote are blooming and temps are just about perfect. And since this is more of a Web Log, a reminder for me of where I was when, I gotta add that Rock House Grocery appears to have closed, but the folks across the street have some of the best water I've had in a long time. 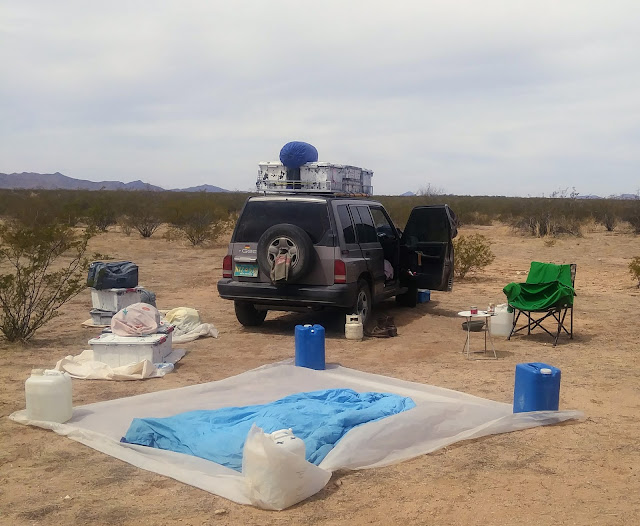 A fine presentation by Lynn Downey, former archivist for Levi Strauss on the history of the world-famous pants.

Some interesting crafts and an extensive selection of fifty-cent books at the PTA booksale.

Mark your calendars for next year.
Posted by MFH at 6:04 PM No comments: