A good synopsis of her philosophy...


https://www.youtube.com/watch?time_continue=7&v=3Z9aBuUV8Gc
Posted by MFH at 7:21 AM No comments:

The desk is the remaining piece from my parents. The letter holder behind the terra-cotta girl was, along with her, part of the installation over 60 years ago.

Vince Distasio's Little Weasel looks down over it all. 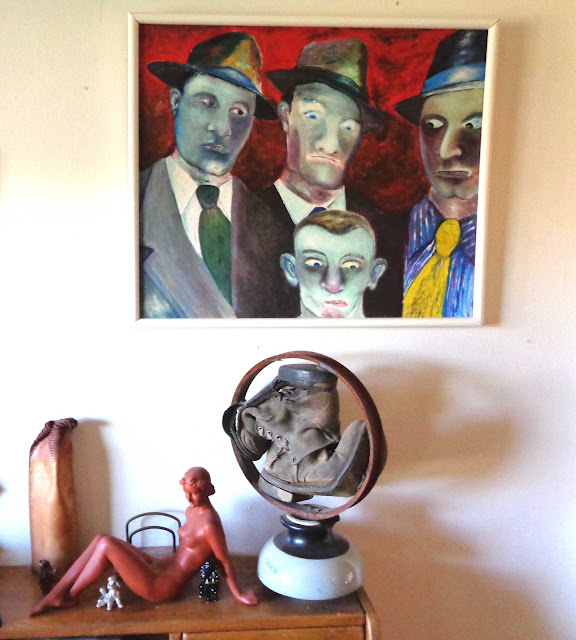 She was the daughter of the Chief of Police of Munich., a friend of my Dad's. There were only six of the statues produced. She was killed in a car accident at age 16. 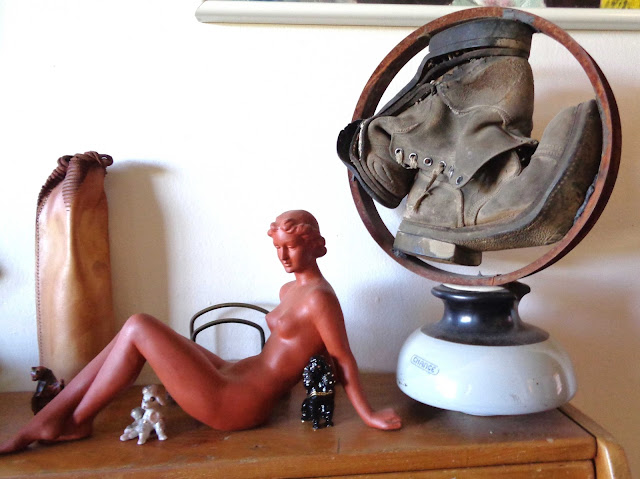 The leather vase is by Margie Bassler. 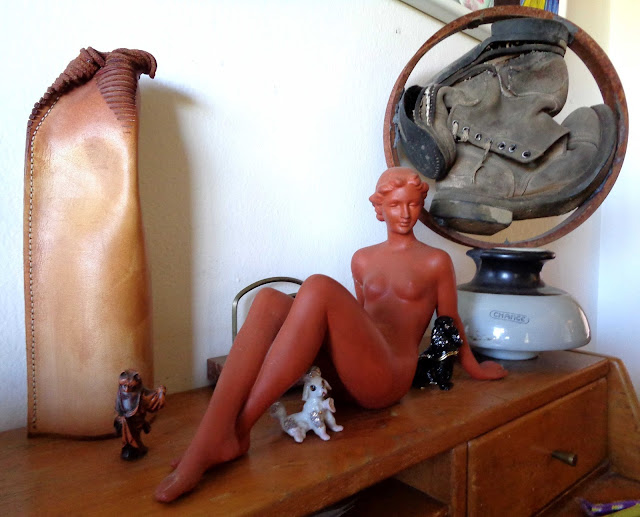 The two poodle figures are Double-el's contrapuntal response to the stereotypical beauty of the terra-cotta girl. If she'd lived, she'd no doubt've been forced to go to the groomery every week and wear perfume....just like every poodle.


Last, but by no means least, the small figurine between her feet and the vase 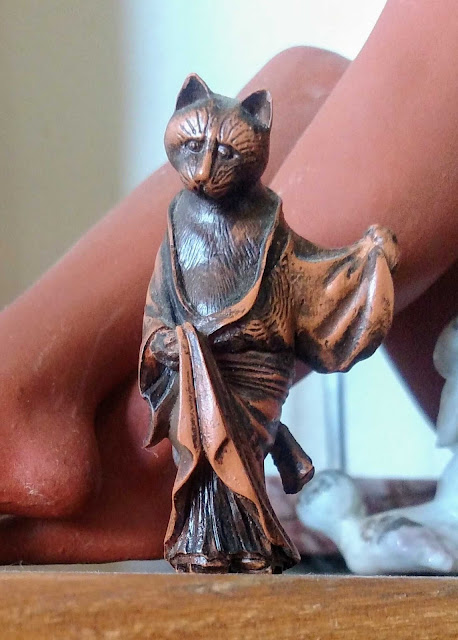 was a gift from Double-el's mentor. It was she who, eight years ago, helped Michelle start her cat-sitting business, Cat Lackeys.
Posted by MFH at 6:00 AM 4 comments:

My early childhood years were spent in Japan. Although VERY young, I gleaned an appreciation of Oriental Arts that led me to study Uechi-ryu karate for 25 years (I still practice). The karate training included some techniques that are also fundamental to Margot Anand's Tantric teachings.

She died in 2006 of pancreatic cancer. But she continues to inspire my self-explorations and enhance the deepening of my relationships with some of my partners.

This post is in homage to her. It is posted with sincere respect for the dignity and beauty Wildties and Redsabbath bring to the stage. I hope your response is similar.

It is an adult site and is free but you must be 18 years of age or older and agree to the terms (you're consenting to view what's termed "adult" material) in order to enter.


Once in the site, I recommend the videos at:

Not only the vid, but the music.

I was perusing my followers and found Carole Murphy. My memory is nearly worthless -- take heed all yea who think a remembrance infers significance -- but there's a vague recollection of discovering her work a couple of years ago.

I particularly like her mixed-media work which is what the link below goes to. She's in Portland, Oregon and welcomes visitors to her studio. 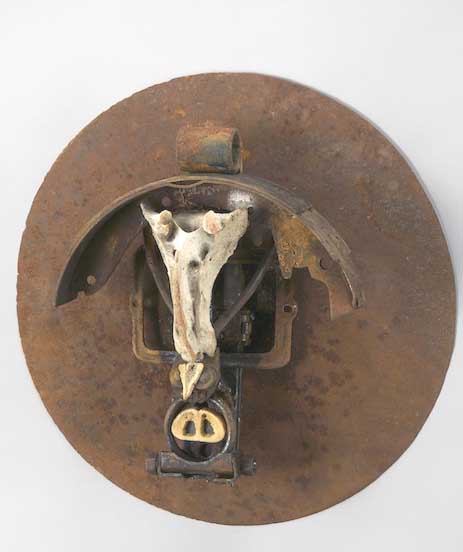 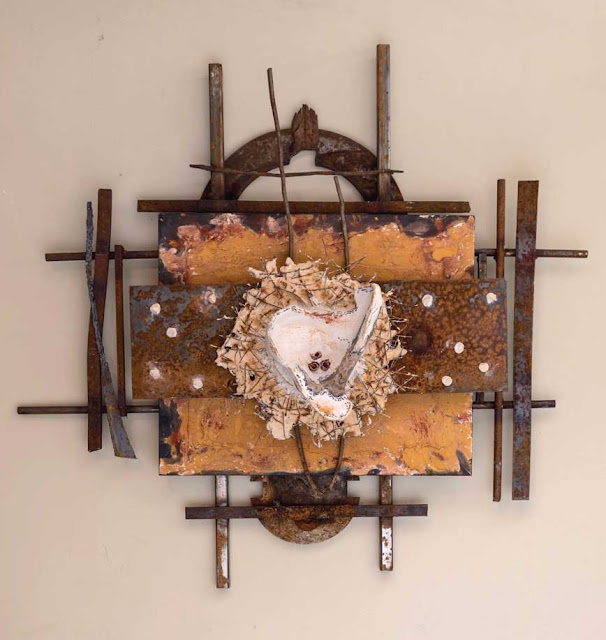 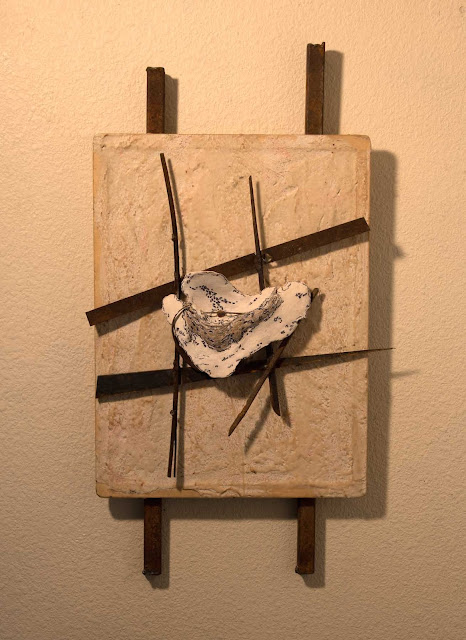 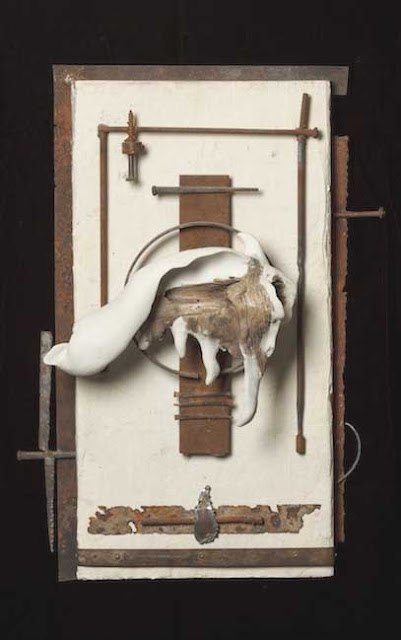 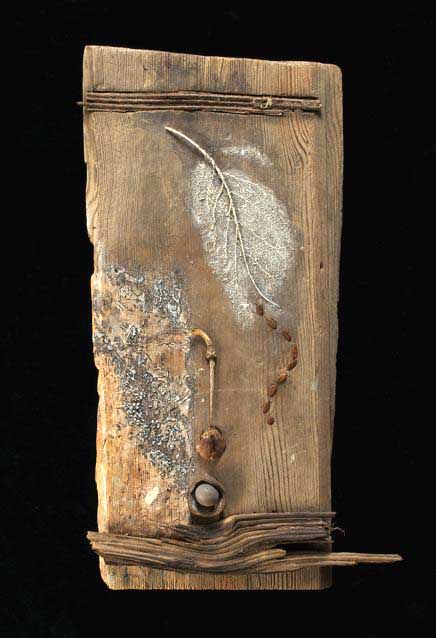 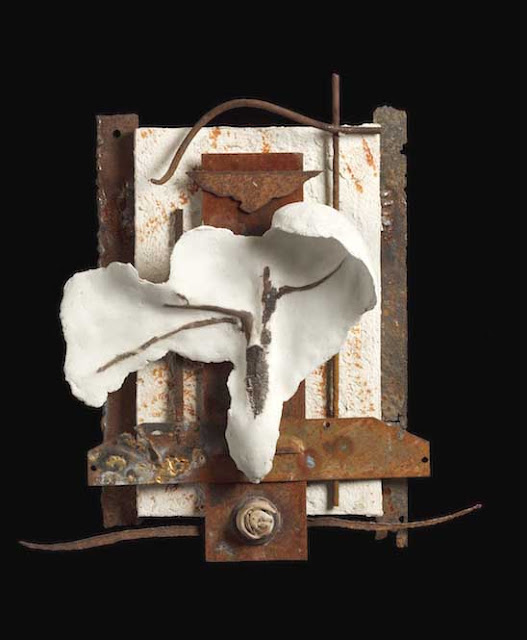 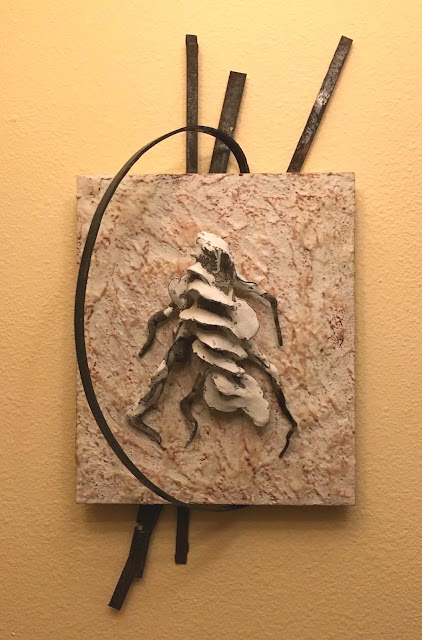 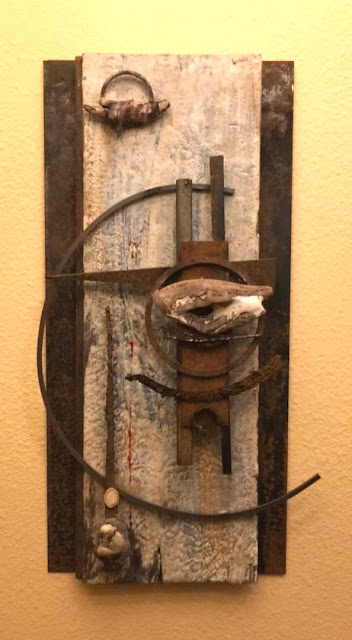 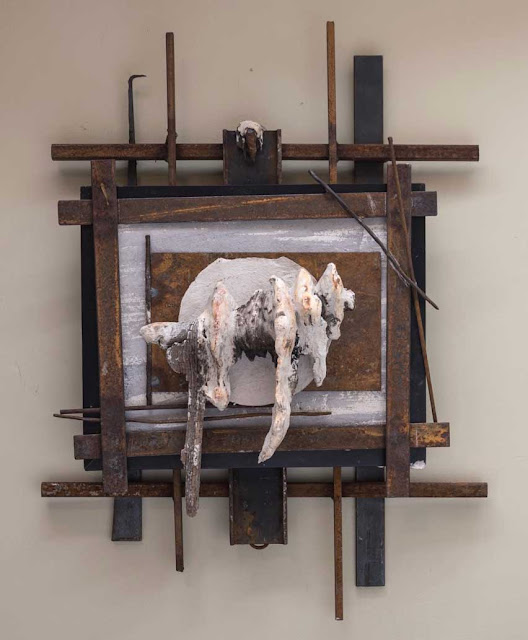 Double-el has an eye for the surreal.


She got the chance to focus it at an extraordinary thrift store in the corner of the little shopping center north of the Budget Inn. 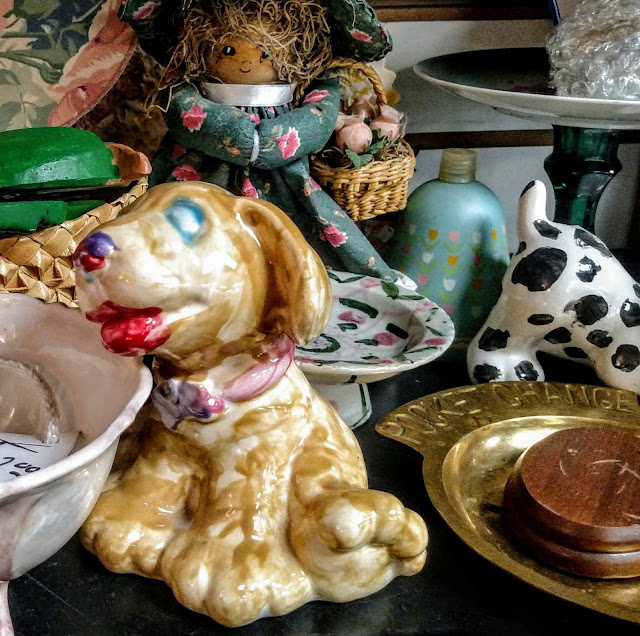 With Jimi Hendrix and Elvis Costello.

Her fascination with the culture's ability to convince women they need to look a certain way prompted us, decades ago, to do a show (at my gallery) called Poodlemania. Poodles, womens' canine equivalent, require coiffuring. And pussy, or even better, pussyass, really needs sparkling-blue eyes. All this from the masters-of-pedophilia; with downcast eyes she's ever-ready to do his bidding. 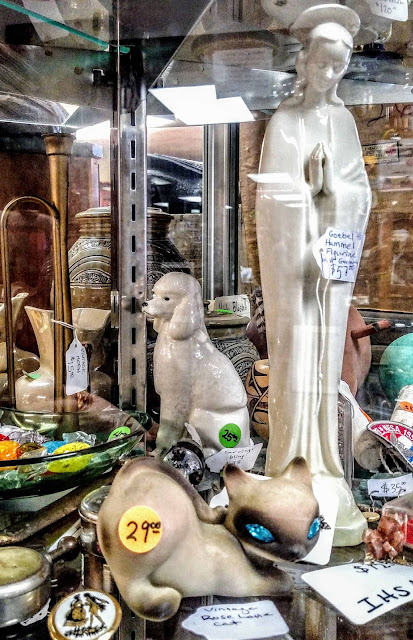 Then there was this Radiant Cat. 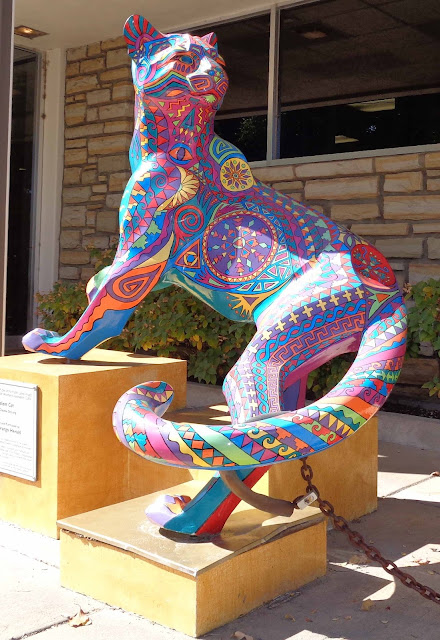 Bought & Paid for by the Durango Herald. 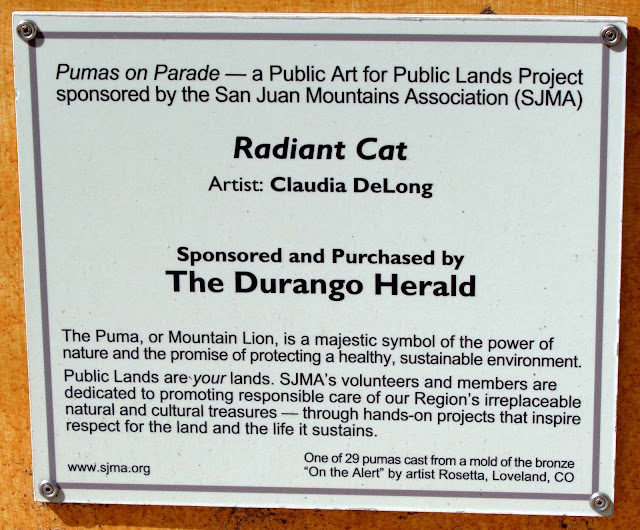 You're ready for ennything iffn you gots yer meat an' yer paintbrush. 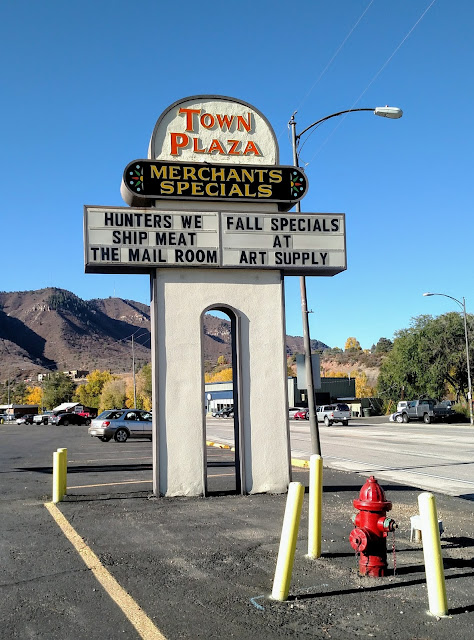 A cute video for you gun enthusiasts...(WARNING - Writer & Director is a Double-el)


Acerbic kulchur-critic. Have you ever SEEn anyone so smug?!!! 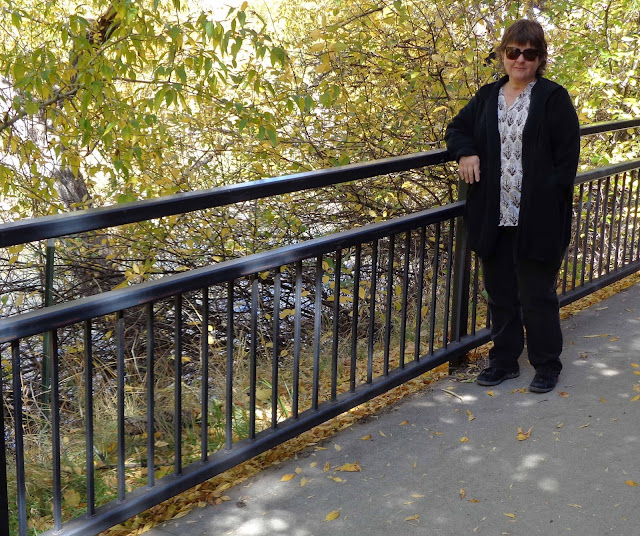 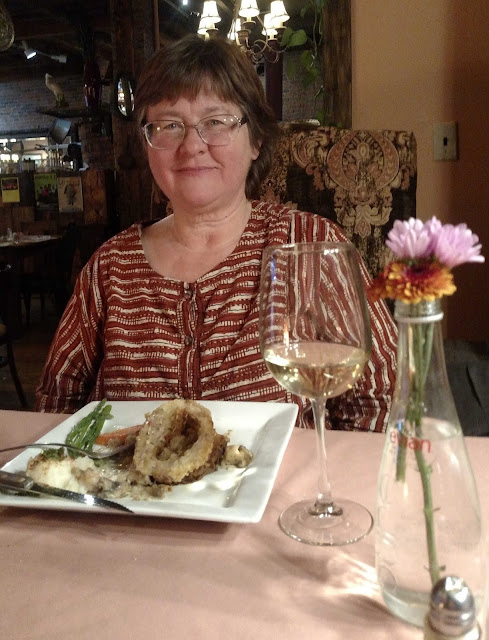 And after months of hunting, I found my five-dollar hat at the Humane Society Thrift across from Walmart. (Note gusseted pantleg.) 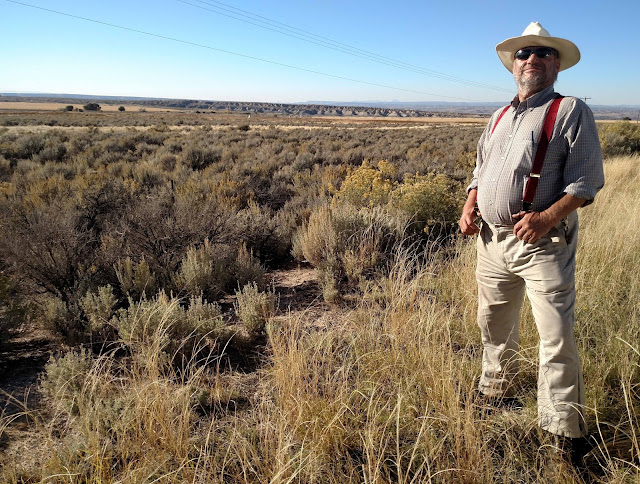 Photographer Jake Quinones is a contributing editor to Overland Journal. He took the photo below on Sept 15, 2014. I was camped on the Taos Steppe when Jake came by scouting destinations for his tour company, New Mexico Backroads.  Although barely 9:00 in the morning, when Jake proffered a Santa Fe Brewery stout, I set my spliffoes (the poochy part from whence cats' whiskers protrude) and proceeded. It served as the blog banner for several years. (Mentioned by Mark Johnson in Comments.) 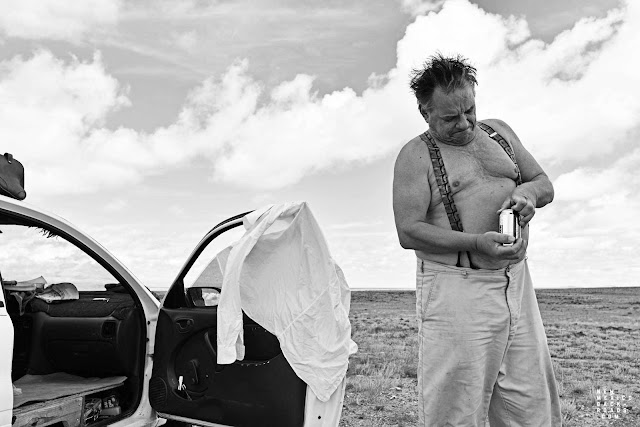 I still had Eggbert, my 1999 Chevy (Suzuki) Metro hatchback.

The Peace of Wild Things by Wendell Berry

The Peace of Wild Things

When despair for the world grows in me
and I wake in the night at the least sound
in fear of what my life and my children's lives may be,
I go and lie down where the wood drake
rests in his beauty on the water, and the great heron feeds.
I come into the peace of wild things
who do not tax their lives with forethought
of grief. I come into the presence of still water.
And I feel above me the day-blind stars
waiting with their light. For a time
I rest in the grace of the world, and am free.
Wendell Berry
Posted by MFH at 6:00 AM 1 comment:

There is a nice gallery with work by local artists. The gallery owner has a good eye and all the work is unique and interesting. http://durangoarts.org/

About the Ten-Minute Festival
They do an international call to playwrights for short pieces. A 20-person review committee chooses 100 or so which are winnowed down by a dozen or so writers, drama professors, directors and people with backgrounds in live performance.

Performances/rehearsals are held through June & July and are open and free to the public. From the free performances, 6 are chosen for The Festival. (Another cool thing is that from the summer presentations a grand prize winner is awarded $500.00 and another award for $100.00 is given for a script (I think).)

Festival tickets are $12.00 per person. The actors are from diverse backgrounds, some with Broadway (New York) experience; some who were in their high-school drama class and now, after retiring, are looking to return to the stage. All were excellent!!

The pieces were diverse, but the overall "feel" revolved around intimacy and inter-personal interaction. If you're in Durango next summer, I highly commend.

But the incredible experience that made the whole thing was the two people sitting next to me. When we arrived the only remaining seats were in the front row at the base of the stage. In the seat next to me, the guy had gotten the role of the conductor in the upcoming presentation of The Polar Express. The woman behind him, a friend, was conniving to compete with him; she had no stage experience but has lived a dramatic life and felt she'd be a natural.

When we arrived she was saving the seat for The Conductor. I put our coats down and when she leaned forward to let me know the one next to mine was "saved" I asked if she'd keep an eye on our stuff while I went for libations. She agreed and I went off to fetch the wine and beer. Upon returning I thanked her and asked what her fee was. She jokingly replied, "Popcorn." Before she could say more, I turned and hurried back to the concession stand where I got a bowl of popcorn and a bottle of water. After handing them to her I reached down to pick up my coat before sitting down and saw the beer lying on its side.

You would no doubt have gasped in awe at the speed with which my martially-arted reflexes brought up the bottle. Simultaneously, I was astonished to see the cup, wedged between the two chairs, half full of beer. They, the cup & bottle, serendipitously positioned themselves so when the bottle tipped over it poured into the cup. I couldn't believe it and spent the next 43 seconds feeling the chair and checking the floor to confirm that not a drop had escaped!

And that, my friends, is what keeps me going....Numinosity, I call it.

The Chairs Guardian characterized herself as a WOW - Wise Old Woman. When I asked her the meaning of life she said: Don't worry about it. Just have a good time.

So there yuh go folks.

(But next time I think I'll put the beer someplace safer.)
Posted by MFH at 3:33 PM No comments:

After ten months of hard use they rival a Timex. 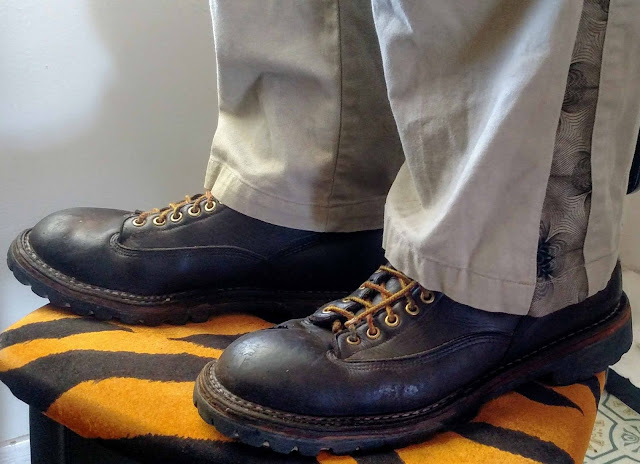 The chairs are heirlooms from the Central Holiday Inn in El Paso. My mom was, in 1968, assistant to the regional director and The Inn was replacing them with new ("Throw 'em out," he commanded). She, recognizing their sturdiness, brought several home. Double-El recovered 'em ten years ago.
Posted by MFH at 10:55 AM 4 comments:

In the business of philanthropy they're known as Angels. They tend to maintain their anonymity as, once known, they're often inundated with requests.

I'd read about the Utah Traverse in Overland Journal and was enroute when, after airing down for some sand in the Grand Staircase-Escalante Natl Monument, I noticed Phoebe's back paws were down to the nub. Being Capricorn, I'm partial to calculated risks; it wouldn't do to venture into the remotest part of the continental U.S. without good tread.

The change of plan and its cause just naturally came out in a conversation. And then, suddenly, through the donation button on my blog, there appeared enough for two new tires!!

And to the others who have given: Again, many thanks for your contributions, too.
Posted by MFH at 1:28 PM 2 comments: