The canyon country of Utah is world-renowned. And anyone who's been there's seen nature's sense of humor in the enormous phalli that abound.

But it doesn't stop there. I wish I could take credit for these, but she prefers to remain anonymous. Let me just say, it's wonderful to hike with a woman whose mind is, like mine, always in the (ineffable) gutter. 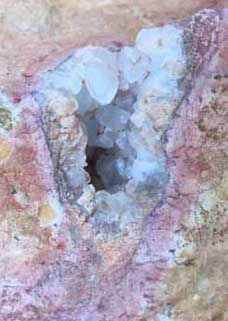 And just next door... 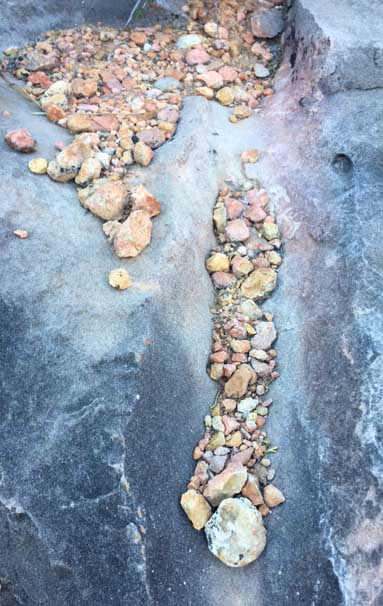 Just a quick note to encourage those of you passing through Parowan, Utah on interstate 15, 70 miles north of St. George to stop at Little Moon Trading. 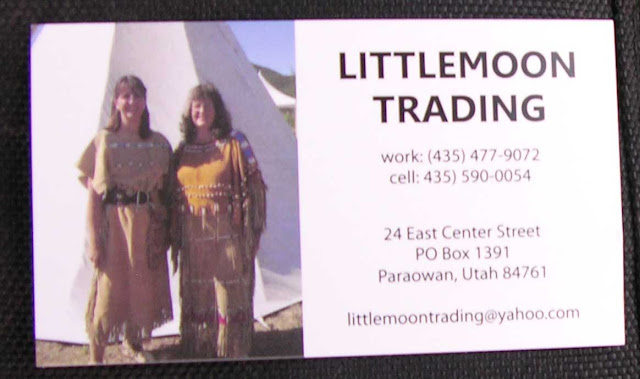 It's a small shop on the right just after you turn the corner off highway 91 onto 143.


She makes most of the items herself including the moccasins, purses, earrings and bracelets. Her aesthetic, while fully accessible, is unique enough to provide the wearer with a cachet more often only available through items purchased at much higher-priced venues. And there are some interesting rocks too.

Prices are so low I had to ask for confirmation.

The road to Yankee Meadows, a few miles east of Parowan off 143. 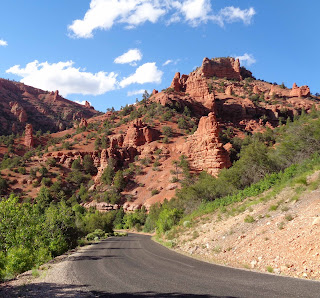 I'm sure you have, on occasion, noticed the astonishing variation in nipples. These two, in Mojave National Preserve, caught my eye. 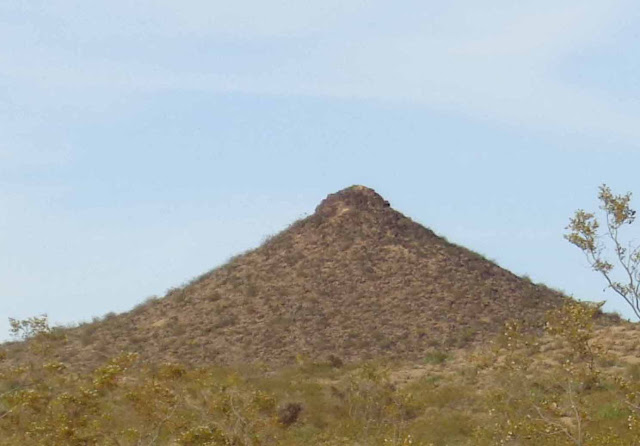 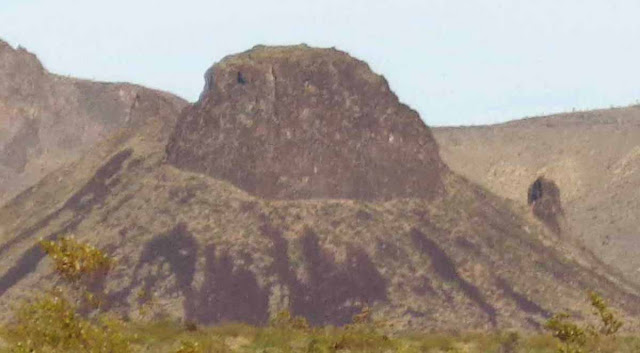 You Can't Get There From Here

Tricky Ricky Rocks decided to sell his Mercedes SL. But first, it needs a new bumper. Fortunately, SL Auto parts which specializes in SL convertibles, had one. And be-inz as hit war on muh way (sort of) I beneficently agreed to save him the postage and pick it up...near Sacramento.  Although exceedingly fragile, it weighs less than ten pounds and is, for a bumper, easy to maneuver.

In the interests of Piddling, eshewing the internet and road condition alerts, I considered several crossings of the Sierra. It was on highway 108 at the base of the foothills that the electronic sign alerted me that it was closed. But there was a nice place to camp.

Next choice, 120 via Yosemite National Park and Tioga Pass, is, I discovered at the park entrance, still closed.  Oh well, I got to see the Merced River at an "unseasonable high" level. 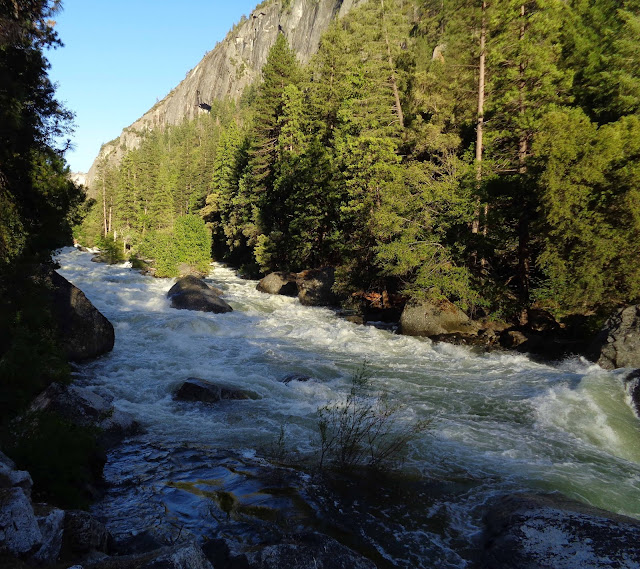 Accepting defeat, I took the short cut out of the park to Merced. The road follows along the river and passes by what I surmise is a CCC-built Visitor Center - closed due to lack of staff. 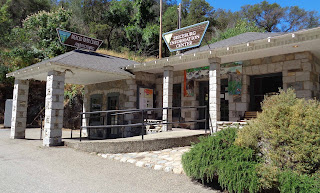 There's a canvas painting around the door that the bear reminded me of Vince Distasio's style. 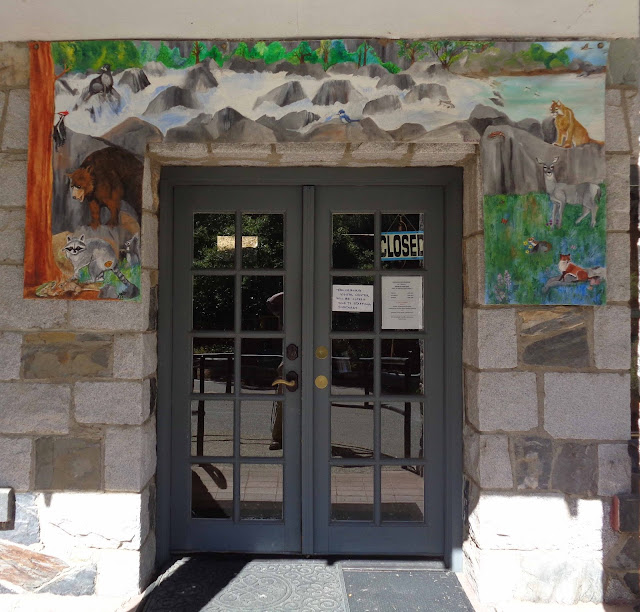 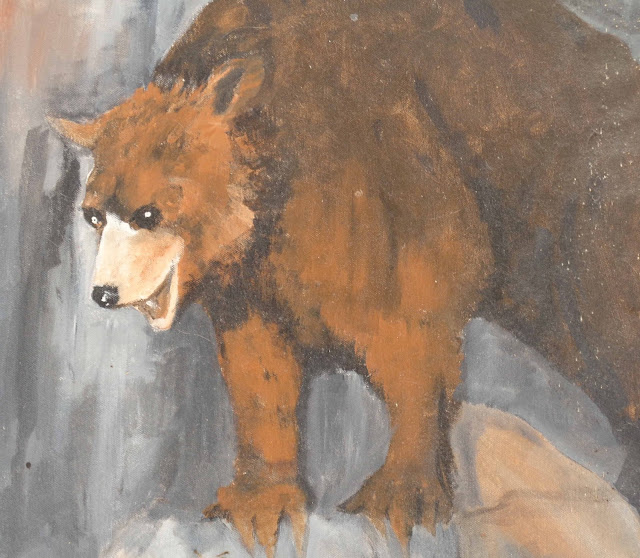 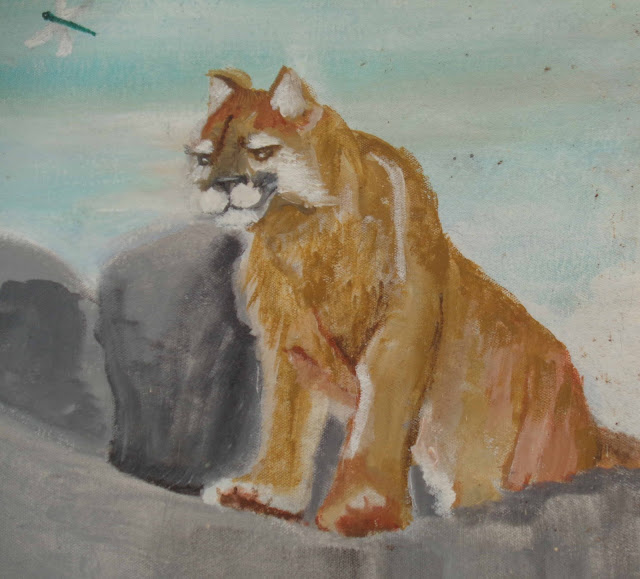 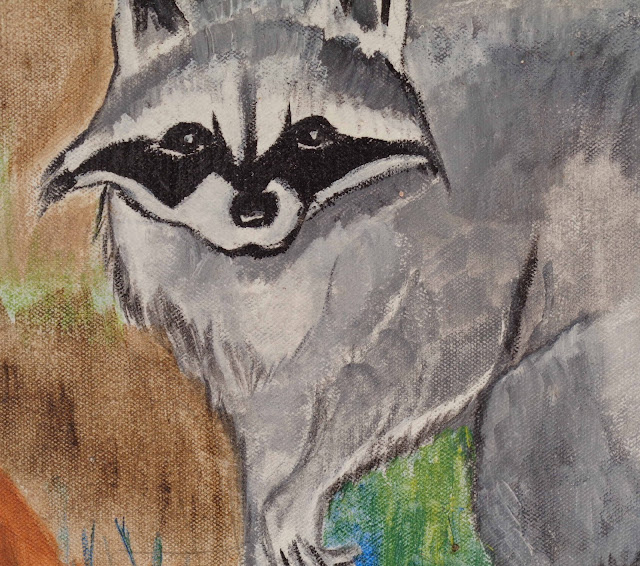 I loved the sign at the entrance to the parking. Along with mention of the unseasonbleness, it reminded to "Be safe, stay alive, wear a life jacket." I imagine them saying, "OMG!!! You mean I could DIE here? Watch out, Jonnie! Don't get too close!!!"

I mean, it is common knowledge you CAN kill yourself by drinking too much water...taking too many aspirin, not looking both ways before emerging from your mom's vagina etc., etc., etc. Let's hope it helps keep 'em in front of their TVs so the rest of us can enjoy it.
Posted by MFH at 7:06 PM No comments: