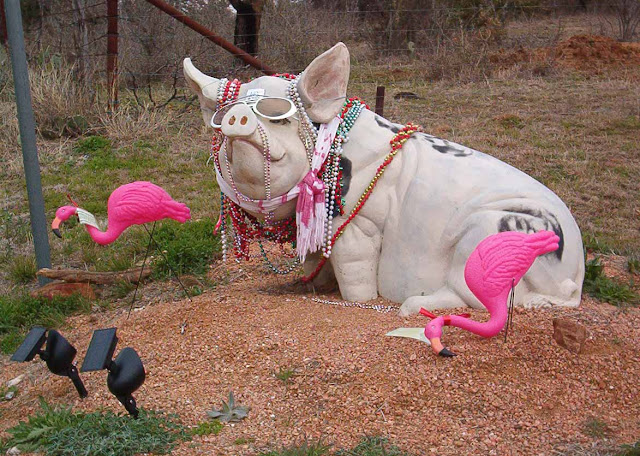 Lothario, a character from days of yore, was known for his lamentation that regardless of how much cialis he couldn’t keep up with the pig. Research (citation needed) indicates that male pig orgasms last 30 minutes. In addition, rumor has it they're capable of up to 40 orgasms/session. (Most of the research is by men so the stats on female pigs are skimpy and questionable.)

Pigs, as you may have noticed, are not fat. In fact, they’re quite sleek and firm. Furthermore, their Mona Lisa-esque smiles hint at their true nature; a nature that is, if anecdotes be believed, both benign and solicitous. They’re easily house-trained and reputed to be smarter than dogs or horses.

Thus, we have to wonder at a culture that maligns such an intelligent and sexually staminatious animal. Is it yet MORE evidence of male envy? I mean, we all know the (stereo)typical male (why isn't it monauraltypical) response to anything that threatens their (alleged) supremacy: derogation or laying rubber. (I gotta lay SOMEthing, maaaaaaaaaan!!)

But about Lothario....Given that satiation in humans is an ephemeral experience, a common dilemma is, “What now?”

Once, on a personals site, I glibly responded  to a query about where we'd be without our instincts with “Damfino,” the name of Buster Keaton's boat. I'd concur an instinct can be handy now and then, but being more a humanist than a Freudian, in general I prefer utilizing a bit of tho't. I mean, 99 out of 100 psychologists assert the biggest erogenous organ is the brain. But then, I wonder, did their studies include pigs? 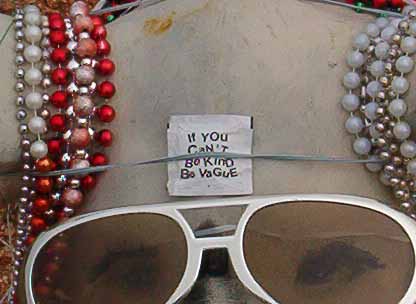 Annnnnnd...I think the point of life is to have fun...

It's true, I probably think less about consequences than most. So when the opportunity arises -- as when she crooks her finger and wiggles it in that way recognized 'round the world -- I’m the first to encourage each and all to shed the shroud of social conventions and DANCE. (In case you didn't get it before....here's a second chance.)

And for those of you who are jus' chillin', my wish is that you're someplace where yer dancin' can be uninhibited, yer orgasm-induced screams are like those forest trees that don't give a damn if they're unheard and the skies are not cloudy allll ddaaaaaaayyyyyyyyyyyy.